By beating out Kazakhstan’s Almaty this time Beijing has been chosen to host the 2022 Winter Olympics and Paralympics. Beijing had also hosted the Olympics during 2008, by this it will be the first city to host both a summer and winter Olympics. Beijing and Almaty were considered when the 2022 bid race was opened two years ago. But since many European cities withdrew from the race due to some political and financial reasons, Beijing beat Almaty by 44 votes to 40 with one abstention. The International Olympic Committee (IOC) stated that Beijing was more eligible for the Games as it fitted the new agenda. The IOC estimated cost for the Olympic villages, sports venues and other infrastructure is reported to be $1.5 billion. The 2014 Winter Olympics which was held in Sochi, Russia had a cost of $51 billion which is considered to be the most expensive Olympics in history. 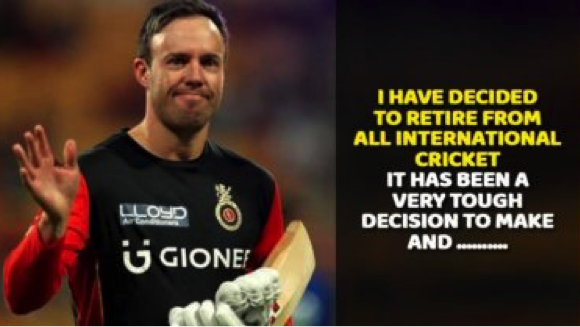 ABD’s Retirement: The game will miss one of its greatest finds